How to Get Started Using Linux

Linux is a family of open source Unix-like operating systems. The Linux kernel was first released on September 17, 1991, by Linus Torvalds. It is typically packaged as a distribution that users can download and install themselves. This article describes the various versions of Linux and how you can get started using the operating system. For more information, see the wiki page for more information. But before you jump into using Linux, it’s important to know what it is and why it’s useful. 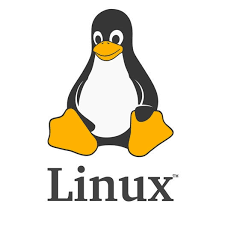 Linux is free and open source, which means anyone can download and install it. Its open source nature makes it the most popular choice for many businesses. Commercial distributions often charge for technical support and are ideal for businesses, but this can be expensive. For this reason, commercial suppliers may offer a business version of the operating system. The specialized business version may include proprietary support packages and administrative tools that simplify administration. This means that Linux is not only free, but also very secure.

Linux users can establish their own workflow independent of companies. This means that they can work on projects without having to depend on a company for support or development. And, if you’re looking for a career, this is a great option. A good amount of Linux knowledge can serve you well for years to come. So, if you’re interested in learning more about Linux, don’t hesitate to download the free version and start working on your own. The benefits of using Linux are endless.

Linux was originally developed as an open source system. This means that many contributors have contributed to its creation. The community of users determines the direction of the project. Today, Linux is used in practically everything, including mobile devices and supercomputers. The Linux operating system is so flexible and secure that every world’s top 500 supercomputers run it. Even NASA’s International Space Station relies on it to keep it running smoothly. The community behind the operating system has been incredibly helpful in making Linux a successful computer operating system.

When it comes to desktop operating systems, Linux is a great option. It’s free, and you can run as many applications as you like on it. The Linux kernel was developed in 1991 by Linus Torvalds and is free to use. It’s used in computer hardware, mainframes, and game development, and is a great alternative to Windows. However, it’s not only popular on PCs and Macs.

Linux has become so popular that it’s now used on more than a billion computers. The operating system (OS) is the software that runs on a computer. It is a background piece of software that connects to other pieces of software and tells them where to move. Most people have heard of the Linux OS, but do not know how it works. In the end, it is a flexible and secure OS. You can use Linux to run any type of application, including games.