A Beginner’s Guide to Installing Linux on Your Computer 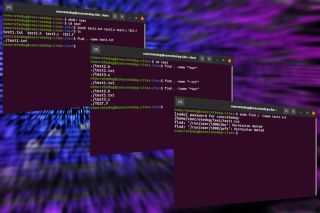 Linux is a free operating system that works on many platforms. It was developed by a group of young computer programmers in their free time. The open source license encourages commercialization of the program, but it is not entirely free of cost. Linux distributions are typically free to download, but some distributions charge for support. The relationship between Linux and its commercial suppliers may be symbiotic, with commercial suppliers charging for support for business users. Some companies even offer a specialized business version of Linux distributions, which include proprietary support packages and tools to make administrative tasks easier.

Installation of Linux is among the easiest of all operating systems. Various distributions offer live versions that run from removable media. These can be used to explore the software without installing it. If you want to install it, simply double-click the “Install” icon and follow the installation wizard. The process may take several hours, but you can complete it in a day. While Linux is very easy to install, it can be intimidating for some users. To avoid these issues, it is worth getting a guide to get started.

Linux has a wide variety of flavors, or distributions. While Windows has a single basic desktop, Linux has several desktop environments. Popular choices include GNOME and KDE, as well as lesser-known ones like Xfce, LXDE, and LXQt. Each of these desktops has its own set of strengths and weaknesses. The best Linux distribution for your computer is the one that works well for you. Then, you can begin to enjoy your new-found freedom and creativity.

In the last decade, Microsoft’s entry into the high-end workstation market created an odd dynamic. With proprietary operating systems developed by different companies, UNIX’s central authority was compromised. Furthermore, Microsoft’s aggressive marketing campaign against Linux drew the attention of many techies. Despite the fact that Linux is more complex and difficult to manage than Windows, many users are discovering its advantages and implementing it on their systems. So, what makes Linux so compelling?

Linux includes many specific-purpose programming languages. Its command line interface (terminal) makes it much easier for a programmer to understand and use. Other functional features include bash scripting, a helpful tool for developers, and SSH support, which makes managing servers easier. Ultimately, Linux is a versatile OS. It is widely used in embedded systems, desktop applications, and even supercomputers. Linux is everywhere; smartphones and wristwatches are made with Linux.

While Linux has many advantages, there are still many things you should know before implementing it on your computer. In the end, it is a great alternative to the popular operating systems. The most obvious benefit of Linux is its freedom. There are hundreds of free and open-source applications available for use and modification. You can even get free versions of popular programs, such as games, from Linux creators. If you’re looking for a new operating system, you’ve come to the right place.